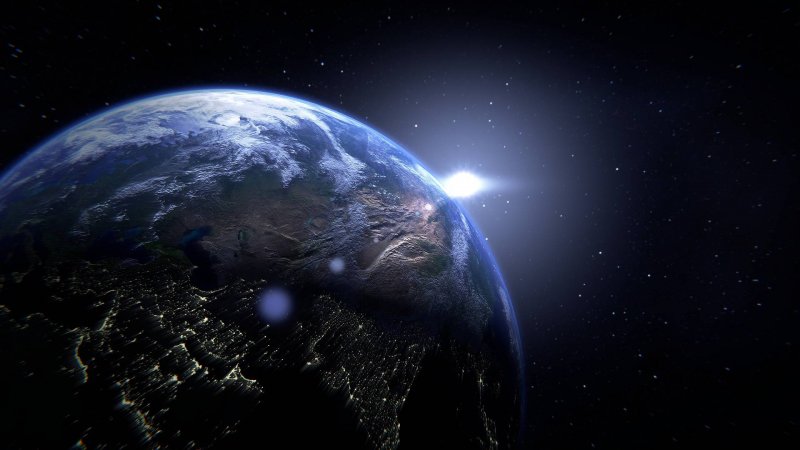 If you love some of your science classes, you may be interested in exploring the many different types of science. Physical science, the study of the inorganic world, rather than the study of the organic world, which is the province of biological science. Physical science is ordinarily thought of as consisting of four broad areas: astronomy, physics, chemistry, and the Earth sciences. Each of these is in turn divided into fields and subfields.

The required and elective courses you would take for Physical Sciences majors vary considerably among institutions. Courses listed here show the types of topics you are likely to experience if you chose to major in this field.

Are you a stargazer? Have you ever wondered about life on other planets? Or, are you considering living on Mars when the opportunity presents itself? If any of those ideas sound interesting to you, you might be interested in studying astronomy. Astronomy is the study of everything in the universe beyond Earth's atmosphere. That includes objects we can see with our naked eyes, like the Sun, the Moon, the planets, and the stars. It also includes objects we can only see with telescopes or other instruments, like faraway galaxies and tiny particles.

Astronomy as compared to the other sciences is a relatively small field, so only those with a quality education, ability, and passion for the subject are likely to find a permanent position. Astronomy training, however, emphasizes a remarkably broad set of problem-solving skills. With careful selection of graduate school courses and experiences, one may prepare for an interesting and productive career in a related field, such as industrial research, education, and public information.

When you think of chemistry, you may think of test tubes and mixing chemicals that might explode. However, chemistry is much more than mixing substances together. chemistry is the study of matter, defined as anything that has mass and takes up space, and the changes that matter can undergo when it is subject to different environments and conditions. Chemistry seeks to understand not only the properties of matter, like the mass or composition of a chemical element, but also how and why matter undergoes certain changes — whether something transformed because it combined with another substance, froze because it was left for two weeks in a freezer, or changed colors because it was exposed to too much sunlight.

Chemistry graduates have many possibilities to use their knowledge in a range of research sectors, including roles within chemical engineering, chemical and related industries, healthcare and more. Research careers are more diverse than they might first appear, as there are many different reasons to conduct research and many possible environments. You could be based in a university, combining research with teaching; in a pharmaceutical company, working on developing and trialing new drugs; or in a public-sector research center, helping to ensure national healthcare provision keeps pace with new discoveries.

Do you want to learn more about your planet? Earth science is the study of the Earth's structure, properties, processes, and four and a half billion years of biotic evolution. Understanding these phenomena is essential to maintenance of life on the planet. The four main branches of Earth science are geology, meteorology, climatology, oceanography. Since Earth science covers such a broad range, there are many careers a graduate might pursue. Some of these opportunities include environmental consultant, remote sensing specialist, groundwater specialist, mining or marine engineer, environmental scientist, marine geologist, petroleum engineer, geochemist.

A degree in geology is often closely associated with an Earth science degree. A degree in geology can lead to potential career paths in the public, private and nonprofit sectors, and may involve conducting research outdoors or teaching. Geology graduates can work for the government in natural resource management and planning, or for conservation and environmental protection efforts.

If you’ve heard of Einstein and want to do the kind of work he did, you may want to become a physicist. Physics is the natural science that studies matter, its motion and behavior through space and time, and the related entities of energy and force. Physics is one of the most fundamental scientific disciplines, and its main goal is to understand how the universe behaves.

The field of physics has increased human understanding of sound, light and heat, and it has enhanced knowledge about electricity, gravity, magnetism and mechanical forces. Physicists can focus on topics ranging from tiny objects like atoms and subatomic particles to enormous things like planets and galaxies.

Physics is the entryway into a wide range of intersecting sciences and subdisciplines. Your degree could prepare you for an enormous range of careers in the sciences and beyond, from mechanical engineering, climatology, and meteorology to aeronautics, military development, and public research. When paired with a secondary degree, a degree in physics could also help you prepare you for a career in business, healthcare administration, information technology or another field in which your background in operational and analytical thinking will be of value.

Do you wonder whether Physical Sciences is the right fit for you? Try our free personality test and find out!